Together Washington has developed a model of building bridges in cities to build the social fabric, AND solve critical-issue areas by leaders working together across divides.

This model has been successfully deployed in Seattle, a city struggling with finding ways to work together across divides.

With the assistance of our local Leadership Committee we curate an invite list of 200 key leaders of good faith and good will, across sectors, including Government, Business, Faith, Non-Profit and Activists. We don't open this up for anyone, but the belief is, with the right leaders at the table, leaders who span the spectrum on ideology, politics, faith, etc, we can take the immersive experience of the Summit, and build.

The big idea is to showcase pairings of people who have successfully built bridges across divides wherein they worked on critical issues in their city. At each local city, we showcase 3 pairings. Two pairings which come out of the local community, and one national pairing. For instance, at Seattle we had two Former Governors, Michael Dukakis of Massachusetts, and Dan Evans of Washington, a Democrat and Republican, sharing key insights into how they worked together across party lines.

We follow that up with facilitated round table discussions (we place a leader from each sector at a table) meant to dig deeper into the art and principles of finding common ground.

Heading into the Summit, TW will have, with the leadership of the local Leadership Committee, queued up four "dinners" which will take place between 2-4 weeks after the Summit. Each dinner will be centered around a critical issue area for that local city, and will be hosted by leaders engaged in the topic who are willing to build together across divides. Together Washington will do the diplomatic work of helping bring these dinners to life.

Each leader attending the Summit will choose a critical-issue area to be apart of, and TW will develop a working group for each. The group will commit to one year of working on the critical issue area. TW will help shepherd this process as an intermediary organization.

A 2nd Summit will be planned for one year after the 1st Summit in each city. The findings and work from the working groups will be presented at the 2nd Summit.

For example, the 4 Critical-Issue area dinners for the Seattle Summit were:

The Yakima Leadership Committee is already in place, made up of Government, Business, Non-Profit and Faith leaders, and they are eager to plan and execute a Common Good Summit in Yakima.

The big idea of the Common Good Summit is to build bridges across divides through the lost art of finding common ground in order to work together to help solve some of our greatest challenges that each city is having difficulty solving and working together on. It is not just an event, it is a two to three year long process of building relationships, developing "working groups", and celebrating the "wins".

Common Good Summits are events organized by a diverse group of organizations and individuals and facilitated by Together Washington, a nonpartisan, nonprofit organization. The Summit will showcase individuals who have successfully crossed divides, built effective relationships, and contributed to the common good. The Summit will feature three “pairings” of people who have worked through significant differences to get good things done—such as the highly successful February Summit in Seattle; two former state governors, two activists on opposites sides of the police-community divide, and two nonprofit executives facing conflict over a proposed development. These individuals sought common ground in the midst of disagreement, suspicion, and fear and chose to intentionally engage in productive, honest dialog that led to positive, common-good building outcomes that benefit everyone. The Summit’s “pairings” will demonstrate that relationships are the key to making progress and achieving positive solutions. Relationships are the mechanism for positive change; they are nonpartisan; they allow for embracing tensions, crossing boundaries, seeking understanding.

However, the Summit is just the starting point for the work Together Washington (TW) will be doing in each respective city. Through our network, and trusted relationships we have built throughout the state, we will build "Leadership Committees" of trusted leaders of good faith and good will to "plan" the Summits, while TW serves as trusted facilitator and intermediary. This gives TW the opportunity to be trusted in each city, and develop a leadership committee across ideological, political, social and spiritual spectrums, including leaders on this committee in government, business, faith, non-profit and activists.

The first step, prior to the Summit, Together Washington will develop a local leadership committee made up of 12-14 key leaders of good faith and good will (Gov't, Business, Faith, Non-Profit). With the help of TW as an intermediary organization, this leadership group will help develop the local Summit for their community, and develop the "pairings." These “pairings” sought common ground in the midst of disagreement, suspicion, and fear and chose to intentionally engage in productive, honest dialog that led to positive, common-good building outcomes that benefit everyone. This is one of the most important pieces of the process is to develop this local leadership committee. TW is successfully developing these groups in cities across the state right now, and key leaders are joining in.

Together Washington works directly with key local leaders in WA cities to identify 4 "critical issue" areas which the city is having a difficult time uniting together to find a way forward, and a post-Summit dinner will be hosted, from Summit attendees, around each issue. Together Washington leadership will help facilitate the beginning of a "working group" whereby key stakeholders will take the lessons learned from the honest, productive dialogue from the Summit and apply that to this new working group. TW will help provide administrative detail, as needed, as the working group develops. It will "lead" when necessary, and "step back" when necessary, depending on the issue and the needs of the group. The following year, TW will host a 2nd Summit in this local city, and will highlight what progress was made.

An example of the work Together Washington has done which springs out of the working groups, is the formation of "Friends of Denny Park." Denny Park is Seattle's first and most historic park located in the heart of North Downtown Seattle. Over the last 20 years, had fell into bad disrepair and taken over by illegal activity, such as drug-dealing and prostitution. Together Washington has helped form the group, made up of business, non-profit, and pastors, who have turned Denny Park around, and it is now a flourishing, healthy park.

A 2nd example is a working "advocacy" group formed on the critical-issue area of "Education and Inequity", specifically, the need our State has to help vulnerable families have access to Preschool. The advocacy group has helped see Preschool programs get developed in Seattle, WA. 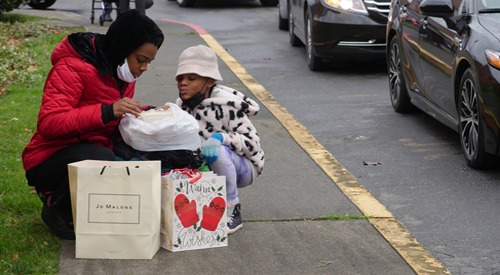 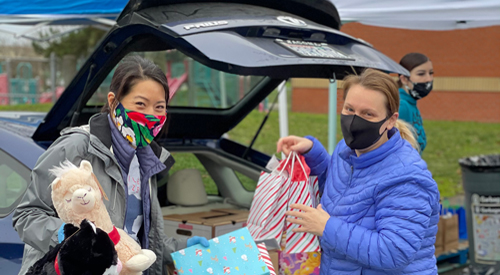